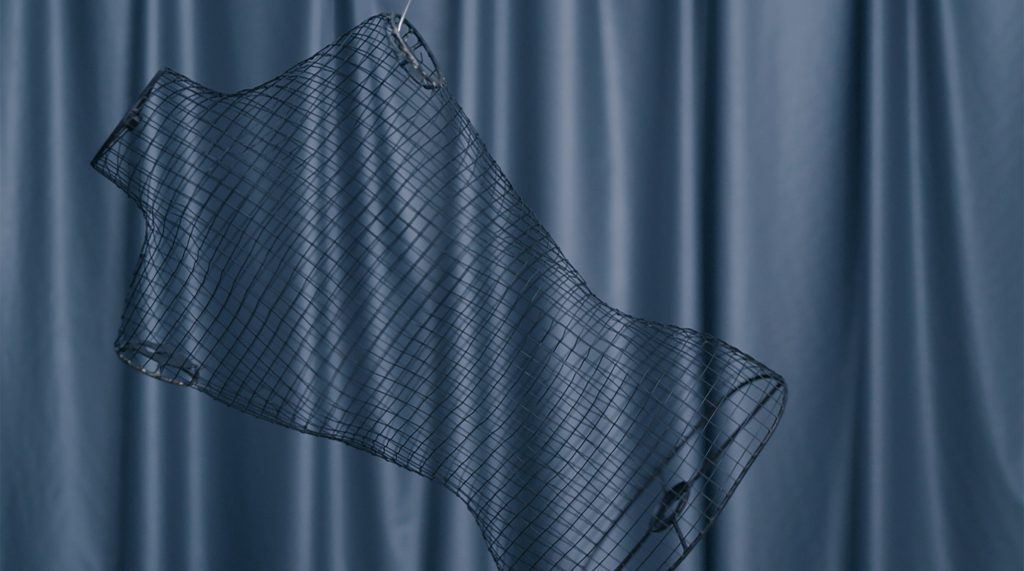 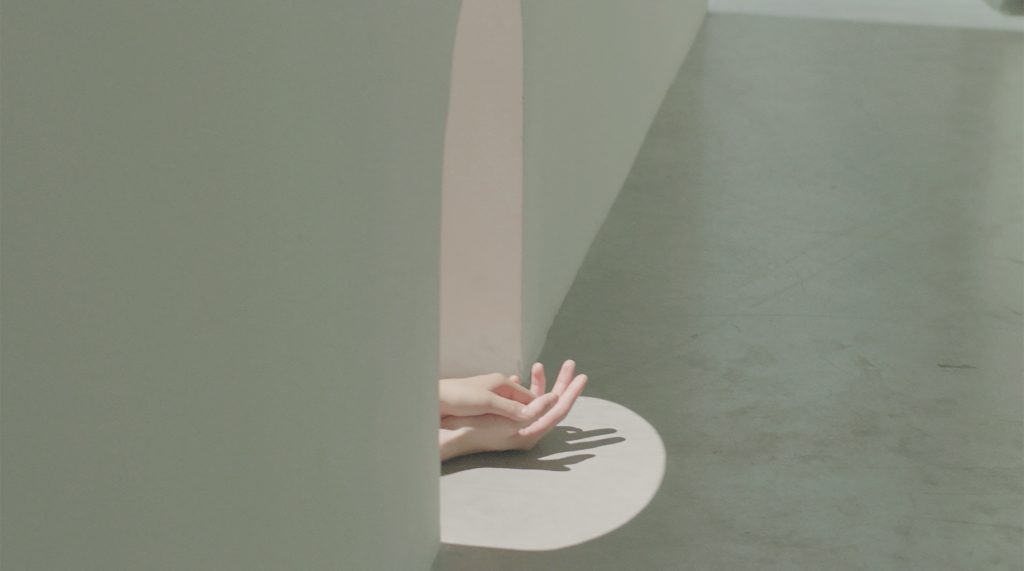 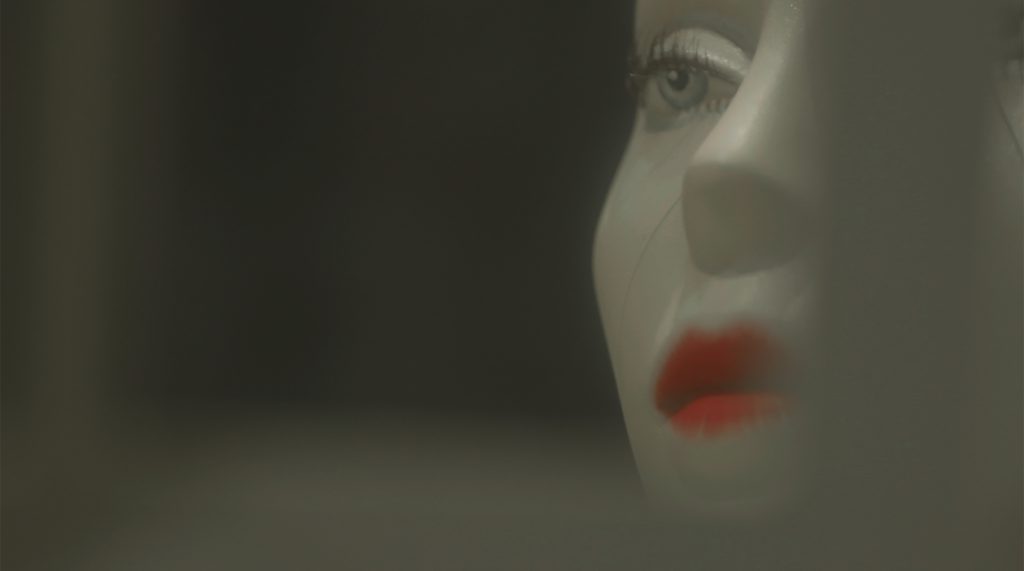 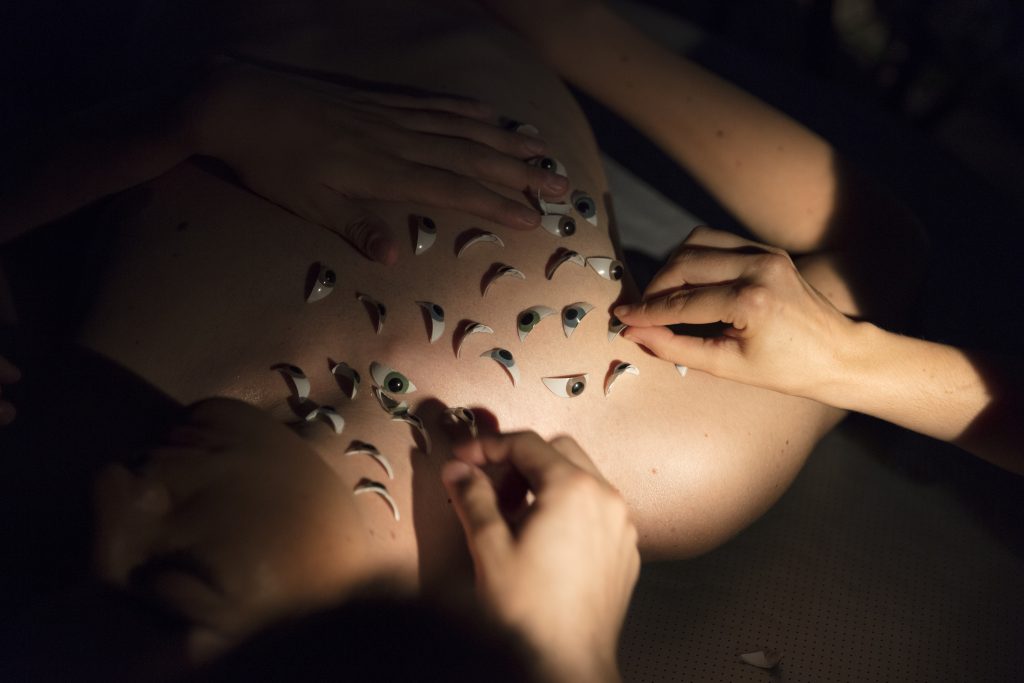 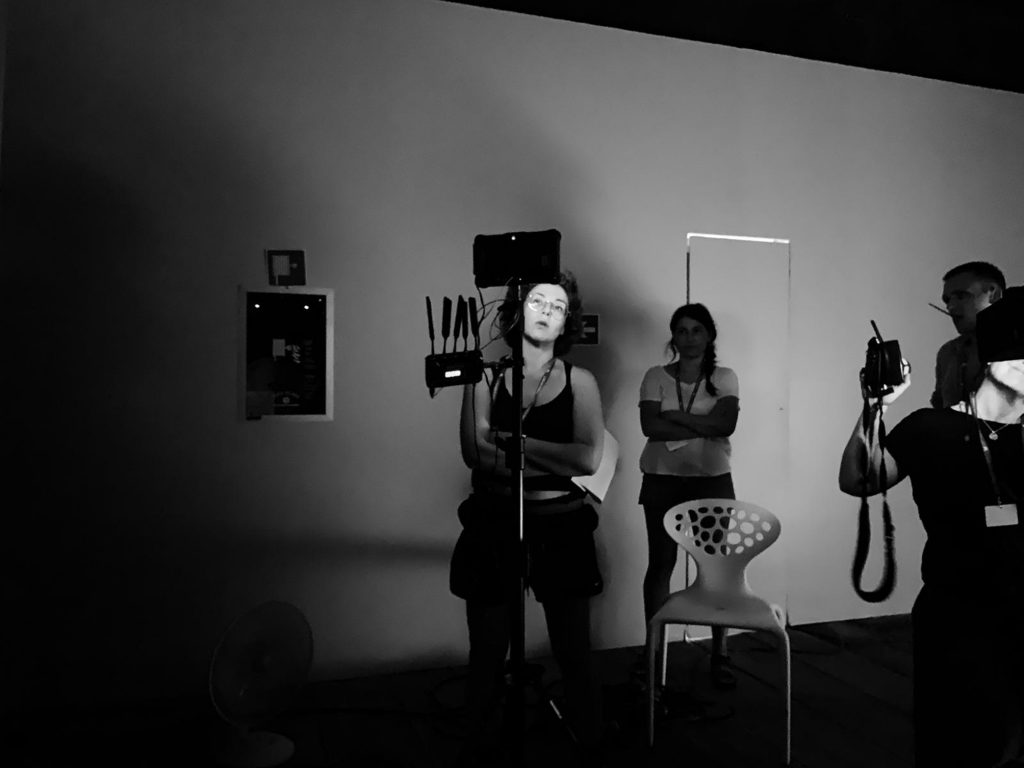 experimental short film
produced by In Between Art Film and Gluck50

Italian Pavilion at the Biennale Arte 2019
Neither Nor: The challenge to the Labyrinth
curated by Milovan Farronato

Film preview
on the occasion of the Italian Pavilion finissage

On Saturday 23rd November at 8 pm the short film BUSTROFEDICO created by Anna Franceschini and produced by In Between Art Film and Gluck50 will be shown in the Sala Cesetti of the Bauer Hotel in Venice. The video is a special project, which documents the exhibition Neither Nor: The challenge to the Labyrinth, curated by Milovan Farronato and featuring the work of Enrico David, Chiara Fumai and Liliana Moro, at the Italian Pavilion at the 58th International Art Exhibition of La Biennale di Venezia.

Artist and filmmaker Anna Franceschini (born in Pavia, 1979) has been called upon to answer a seminal question: how can one create a labyrinthine film? How can one create a winding route through a set of squares (i.e. frames or shots) that together make up a straight line (which runs from the beginning to the end of the film)? The answer involves having to develop a series of traps and tricks. To achieve this, Franceschini has turned the actual Pavilion into a grand viewing machine that is a cinematographic device in itself. Here, the display acts as a spatial and temporal scene, while the film offers its own spatial experience.

Writing that changes direction on each line is called “boustrophedon”. It goes from left to right, then from right to left, and so on. On the “return routes” even individual letters are written in reverse. The term comes from the Greek adverb βουστροφηδόν, which means “like oxen ploughing a field”. It is this idea that, from the very beginning, has given shape to the cinematic interpretation of the exhibition. The film BUSTROFEDICO tests the boundaries of cinematographic genres, beginning with the documentary genre. It constructs a “gender-less” (“genre-less”, cinematographically speaking) and free-flowing piece that might be similar to a thriller.

Anna Franceschini tells: “At the heart of the labyrinth lies a mystery which, when you take into consideration the film’s desperation to chase the Steadicam and present all sorts of obstacles, doesn’t seem to want to be revealed. The spaces in the Pavilion have been partly re-designed or hidden from view and extended beyond it, so that its contents are let loose. The aim is to lose track, to leave the viewer with no coordinates, continually subjected to comings and goings, to subversions of subject matter, repetitions, accelerations and slowdowns, journeys that perhaps lead to the same point. The boustrophedonic machine relentlessly continues to turn on itself, to cross over itself, to try to transcend itself. BUSTROFEDICO is tension through images. It doesn’t rest neither here nor there, neither beneath nor above. It cannot make its mind up; it looks back nostalgically and ahead curiously. BUSTROFEDICO could be a parade or a litany, just like the Bardo Thodol which indeed inspired it. The Bardo, or the Tibetan Book of the Dead, is a collection of texts that describe visions of what might happen after death. And what might happen is a gradual detachment from the perceptible world, which is still gently seductive, but becomes increasingly bizarre and less recognisable. Like the Bardo, BUSTROFEDICO – and perhaps the Pavilion itself – symbolises the phenomenon of standing in the middle and not knowing how/wanting to go ahead or go back, but remaining still and entrapped between the heart-rending nostalgia for the beautiful forms that are disappearing and experiencing a somewhat frightened curiosity for the strange forms that are drawing closer.”

BUSTROFEDICO takes place in the interstitial space of the “film display”, a hybrid which Franceschini has been exploring in her most recent research and which makes the various characteristics of the documentation its own, as the artist combines and interlaces them with some aesthetic techniques specific to the exhibition design and the methods of exhibiting items. In this way, the film doesn’t just become one of the devices that contribute to the memory of the Pavilion itself, but it simultaneously acts as one of its tools for analysis and critique.

Anna Franceschini is an artist, filmmaker and researcher. Her work focuses on the representation of objects in film and investigates the para-cinematographic nature of displays. Her videos and films have been shown at numerous public events, including the IFFR / Rotterdam Film Festival, The Locarno Film Festival and The Torino Film Festival. Her work has been shown in solo and group exhibitions at institutional venues such as Kunstverein in Düsseldorf, Spike Island in Bristol, Maxxi and MACRO in Rome, Museion in Bolzano, CAC in Vilnius, Centre Pompidou in Paris, Les Abattoirs in Toulouse, Fiorucci Art Trust in London, and Quadriennale in Rome. Franceschini is a fellow at the Rijksademie van Beeldende Kunsten in Amsterdam and at the Italian Academy for Advanced Studies at Columbia University. She was awarded the New York Prize in 2012 and in 2017 was one of the winners of the second edition of the Italian Council. The upcoming exhibitions that she will participate in will take place at ICAMilano (in partnership with the Swiss Institute in Milan), Pro Helvetia in Venice, and Witte de With in Rotterdam. Anna Franceschini is undertaking her PhD in Visual and Media Studies at the IULM University in Milan. Her areas of research are media, history of cinema, pre- and para-cinematographic devices, exhibition design, the culture industry and criticism of the ideology underlying the display of goods and works of art.