Gluck50 is pleased to announce the group exhibition “  RR           ZZ ” which will be accompanied by a series of programs (details to follow).

The title “  RR           ZZ ” alludes to a yet-to-be realized public work by one of the artists in the exhibition, the textual component of which we were asked to keep confidential at the time of writing this. Transmitted from a locality where tacit agreements and codified interactions seem to undermine the legibility of law on a daily basis, this mere shadow of a message underscores the volatile grounds of this group show.

In conceiving an exhibition that would follow a particular residency situation in which we were able to invite four other artists from three different countries to come to this foreign city (Milan) for consecutive (sometimes overlapping) periods of individual production, one curatorial assumption we started with was that communication signals would at times slip, distort, or vaporize. We didn’t want total exchangeability. We’re referring to the global art trade here: a supposedly flat arena where different subjectivities fall into alignment under some quasi-shared rubric of artistic value. For us, the romantic conceptualization of communicative slippage and the political urge to amplify the noise of the excluded together formed a kind of strangled, helix-shaped premise. We wanted to push the artwork’s ability to index the texture of exchange, as it occurs through chains of conversion from data to material, language to code. We didn’t want to smooth over the mess.

These preliminary ideas have been repeatedly tested since arriving in Milan at the beginning of the year, wrung out like a kitchen sink sponge, worn down and cultivating micro-forests of strange organic matter. Like the artists for whom we have tried to act as hosts, and like thousands of others this year, we are visiting this place, and the local neo-Baroque (1) sensibilities seem even more delirious when decoded through our own foreign organs and devices on roaming. Actually, total exchangeability was never an available option.

The artworks in this exhibit have in effect begun to chatter at and across each other, as they reflect some broader reverberations of the cybernetic fold (2) within our collective lived realities. Carissa Rodriguez’s extreme-close-up shots of flash-lit artists’ tongues provoke the viewer with a queasy feeling of TMI. After undergoing analysis by her NY-based acupuncturist, whose diagnostic scrawls remain half legible over the stuck-out tongues, Rodriguez’s images scrutinize these biological taste-tools as quasi- screenal surfaces to be read and appraised, relaying cryptic messages from the insides of the selected artist-organisms. Ken Okiishi approached the residency format as a chaotic system for producing art. A series of requests and events were input into this system, and the output included an underwear model breathing with a futurist teapot on his stomach; the purchase of a BBPR coat rack from 1stDibs that served as an ersatz double of the artist whose presence in the residency kept snagging on having to be in other places at the same time; and a tap-dancer suddenly arriving at the front door of the residency from Rome. A video work was produced within this entanglement of translations. Hassan Khan’s iterative textual work, describing a misanthropic businessman peering through his modernist office window at the messy city of his belonging, and re-translated each time into the national language of the site of exhibition, proposes a sinister globalized template that adheres from one urban setting to the next, lodged between abstraction and specificity. It is deliberately placed next to a new work that is part pure surface and part object. Khan’s engagement with daily fascism will be further explored in an upcoming performance in Milan, soon to be announced. TENG Chao-Ming’s two-level table sculpture structures a loose narrative of alienation and displacement through a binary perceptual system of seeing and touching, conceptualizing the Other via this sensory split. Here the interface between different cultural subjectivities is imbued with a jittery sense of troubled calibration. Our own cyberceramic prototype works use an open-source microcontroller system to relay sensory data from the gallery into a series of programmed light responses, siphoning digitalized data through layers of expressive materialization.

Lastly, three examples taken from Rainer Ganahl’s The Counting of the Last Days of the Sigmund Freud Banknote series have been included in the exhibition. Though not produced as part of the residency, these works initiated a kind of premise for thinking through the show. Made in the year 2001, in the period leading up to the Schilling’s subsumption by the Euro, these works juxtapose the daily exchange rates of the soon to be obsolete Schilling with the artist’s nightly dream recordings, tracing the volatile movements of currency through the capricious but fully-loaded language of the subconscious.

1 “The neo-Baroque theater of cruelty is the effect of semiodominance in the sphere of social production. The Italian experience during the last hundred years has been the main theater of this return of the Baroque spirit. Both Mussolini’s and Berlusconi’s performances are based on the theatrical exhibition of macho energy, but also on the ability to penetrate into the recesses of language, in the deep field of self-perception.” Franco “Bifo” Berardi, After the Future, AK Press, 2011, p. 101.

2 “The cybernetic fold might be described as a fold between postmodernist and modernist ways of hypothesizing about the brain and mind. The prospect of virtually unlimited computational power gave a new appeal to concepts such as feedback, which had been instrumentally available in mechanical design for over a century but which, if understood as a continuing feature of many systems, including the biological, would have introduced a quite unassimilable level of complexity to descriptive or predictive calculations.” Eve Kosofsky Sedgwick and Adam Frank, Shame in the Cybernetic Fold: Reading Sylvan Tomkins, Critical Inquiry, Vol. 21, No. 2, Winter, 1995, p. 12

A catalogue of the exhibition has been published by Mousse Publishing. 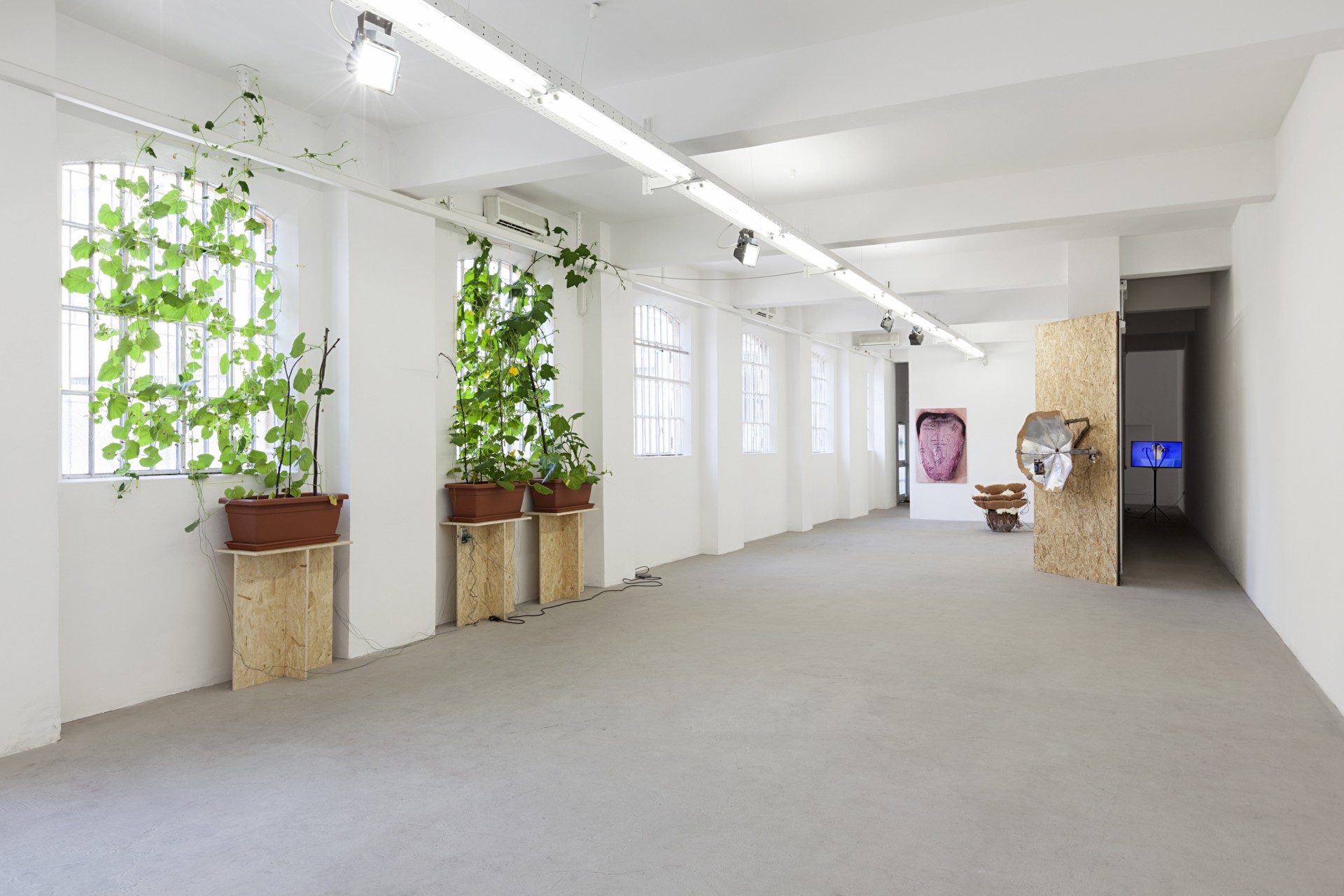 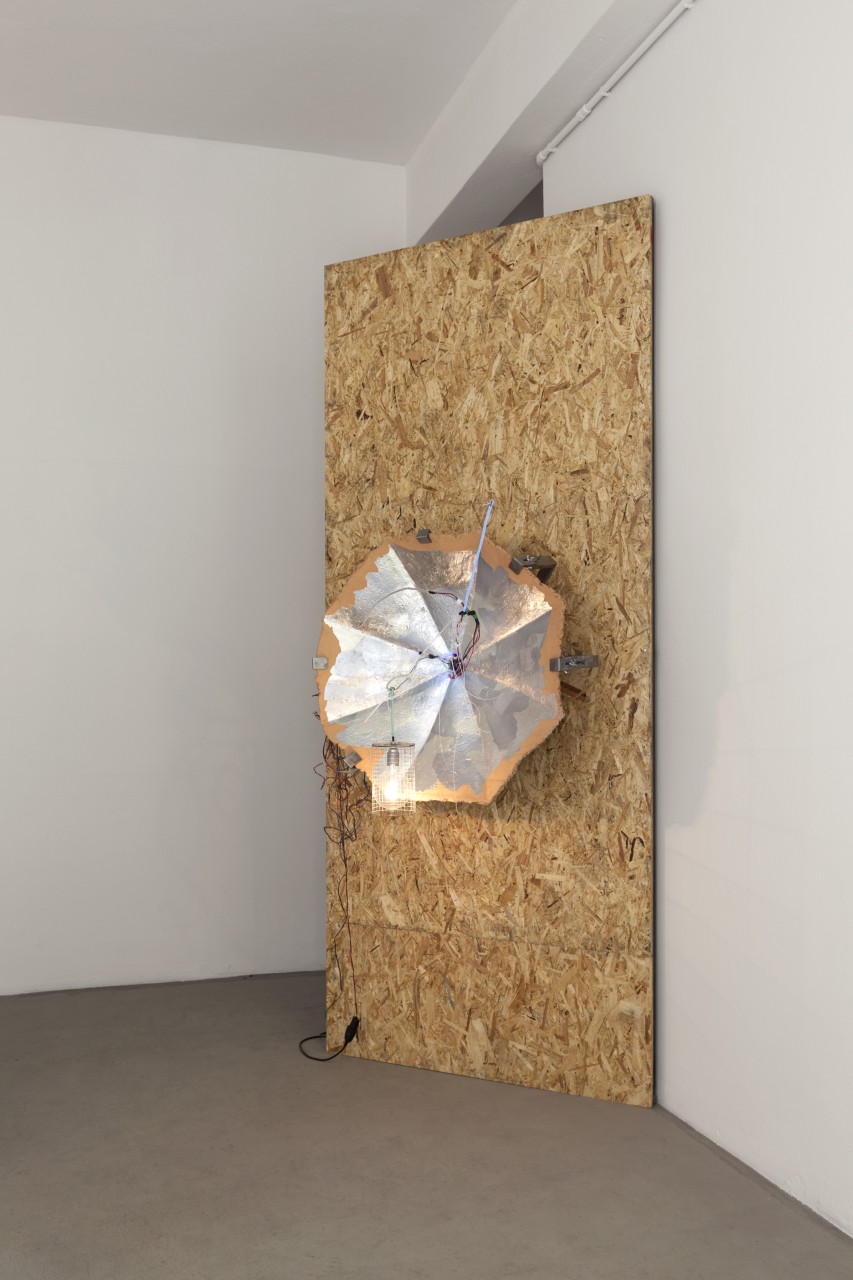 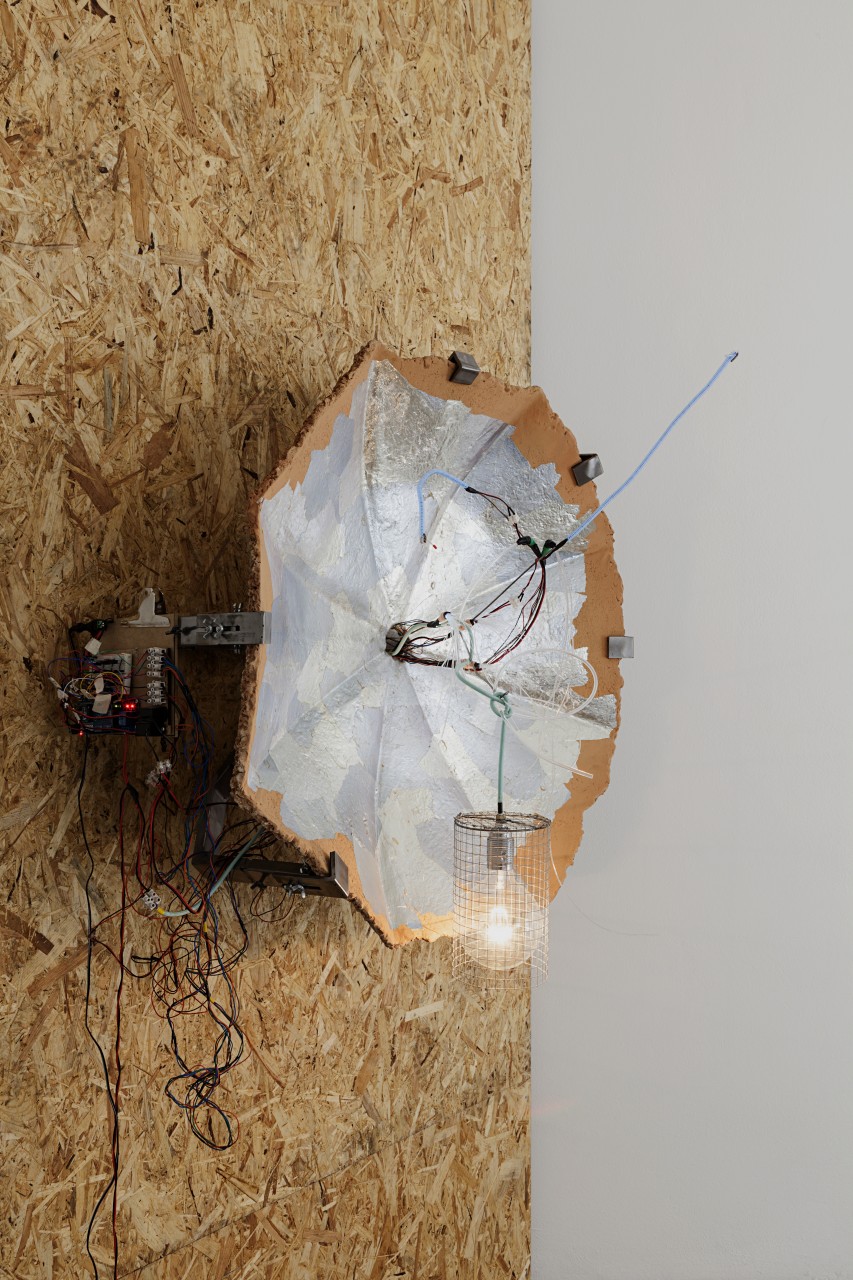 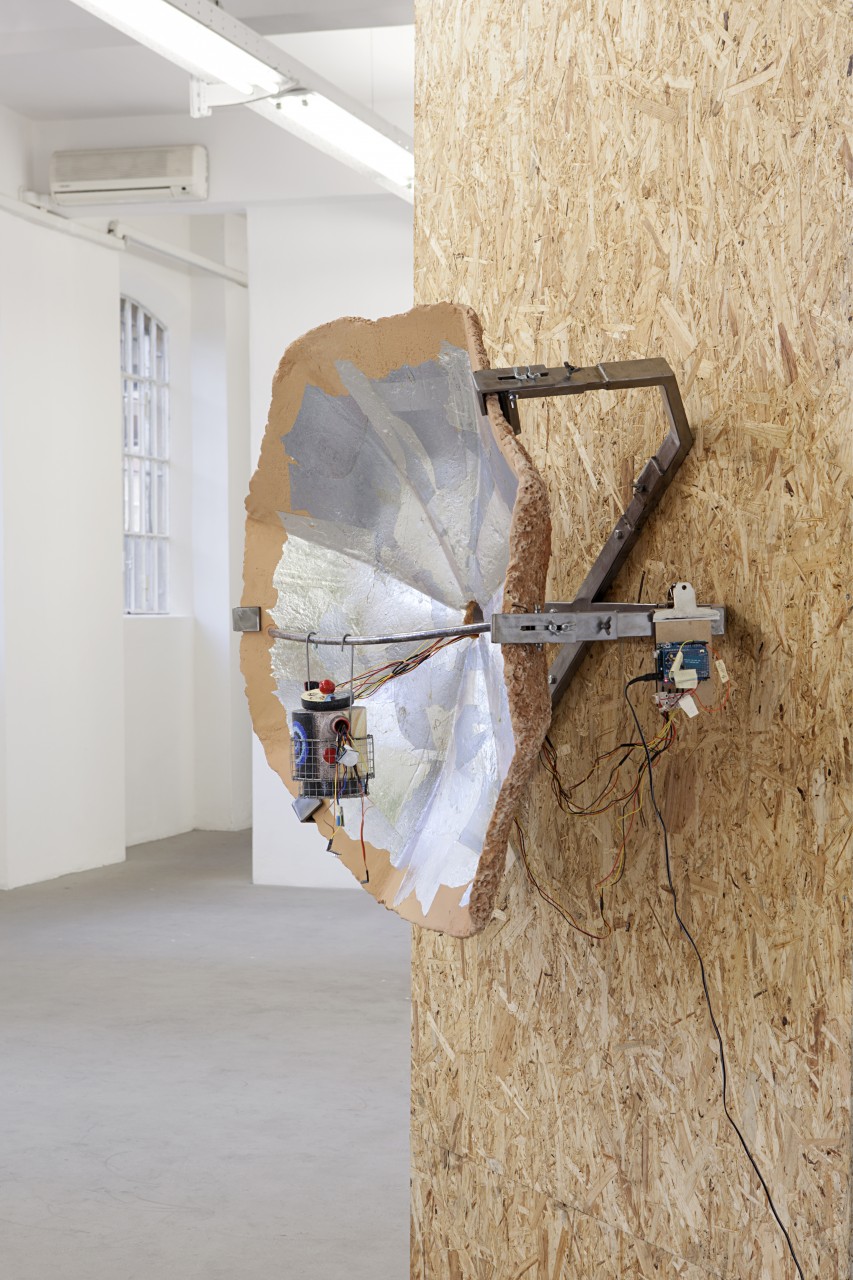 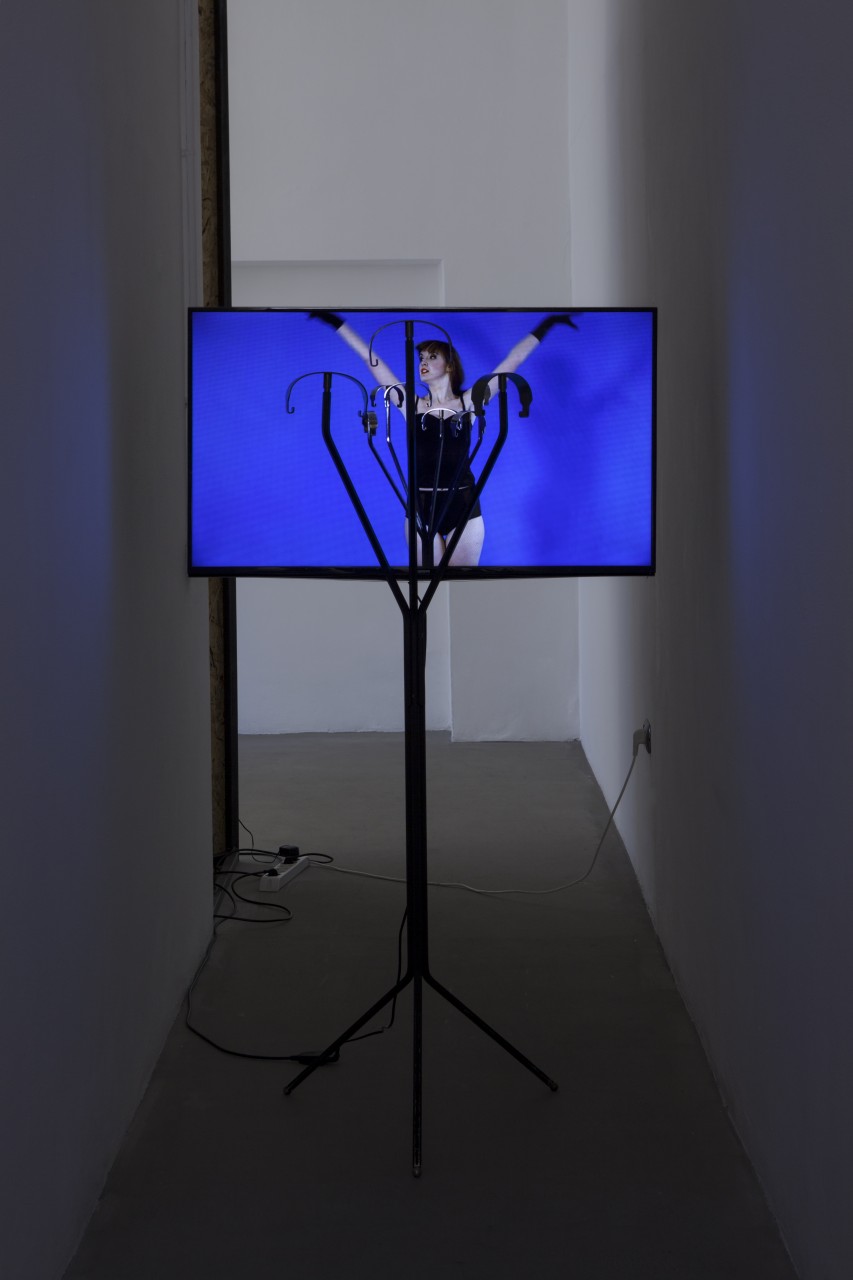 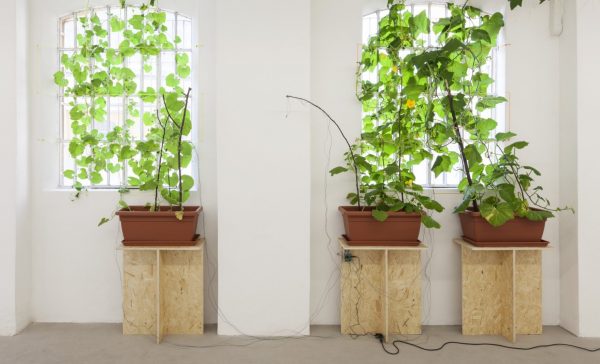 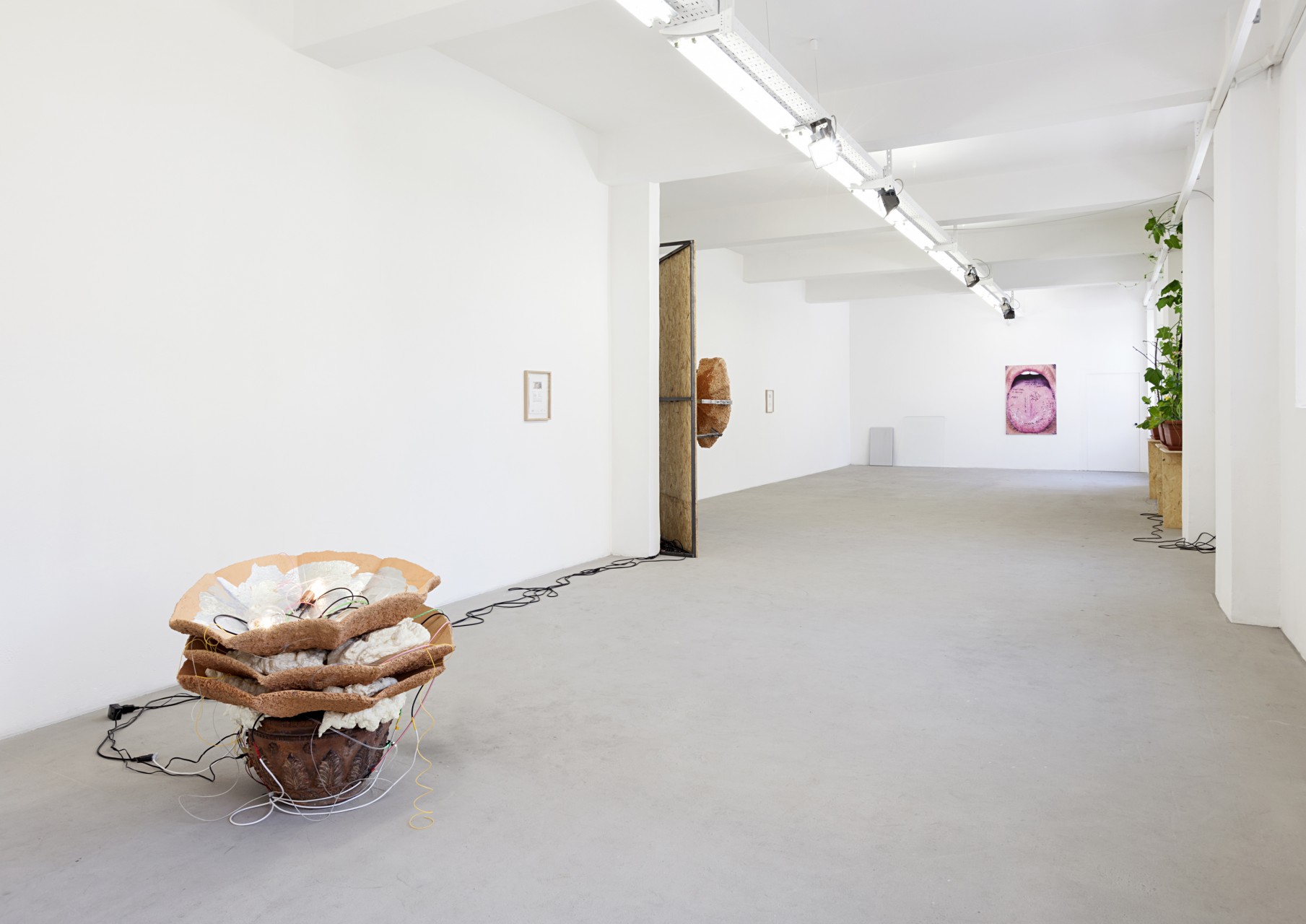 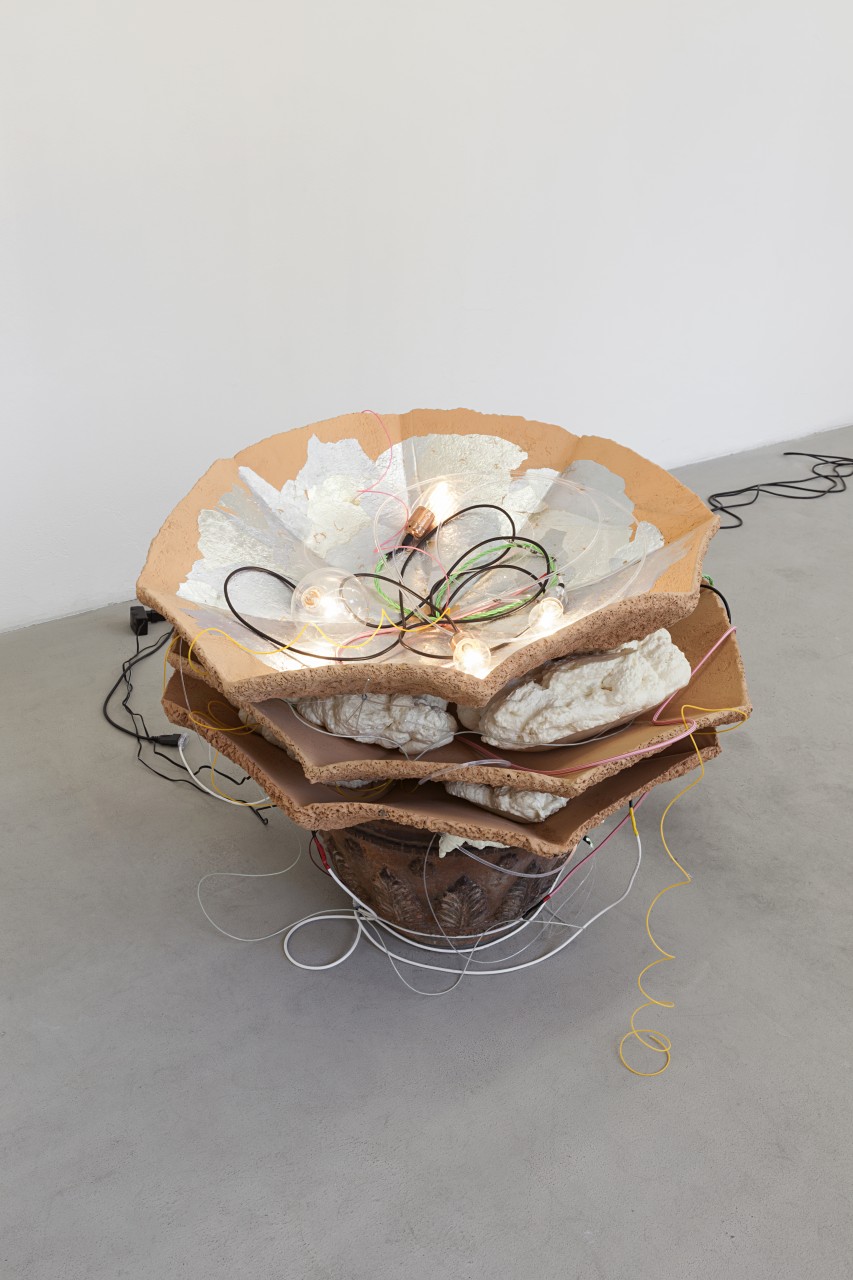 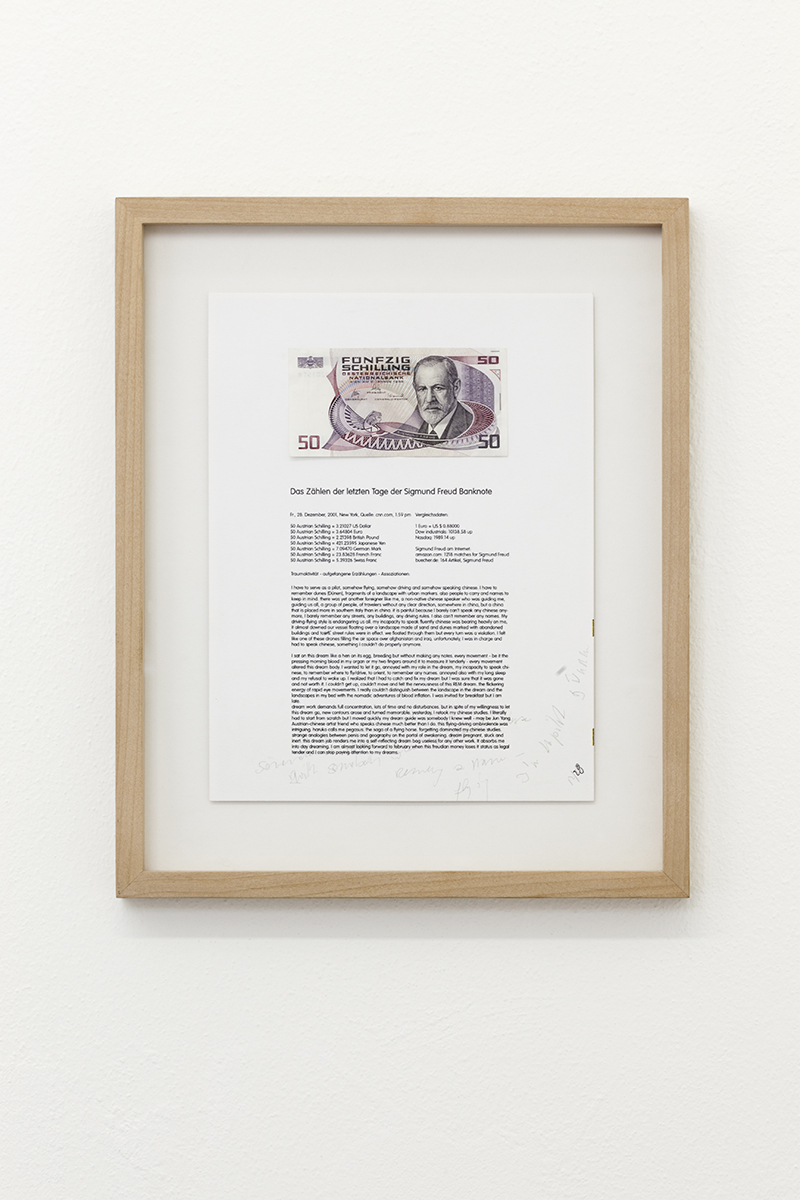 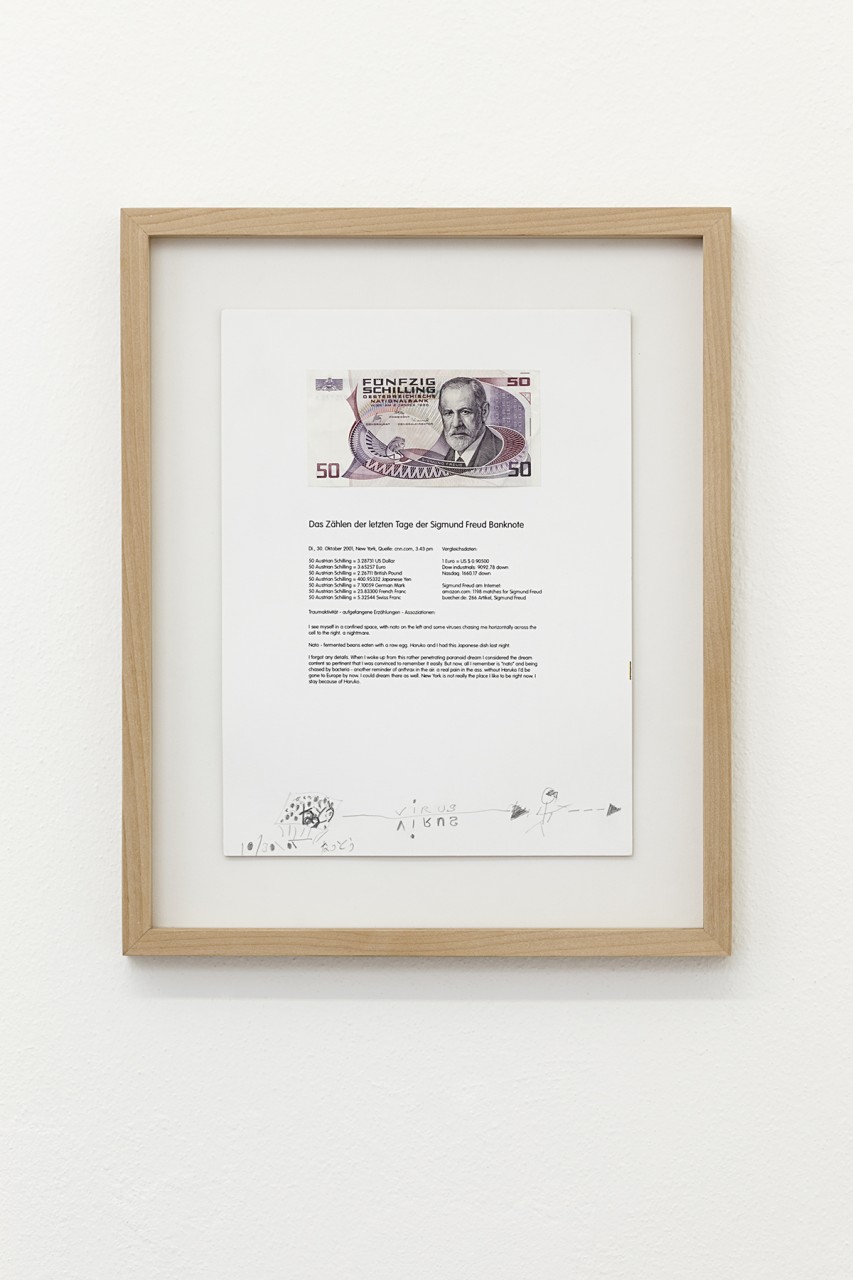 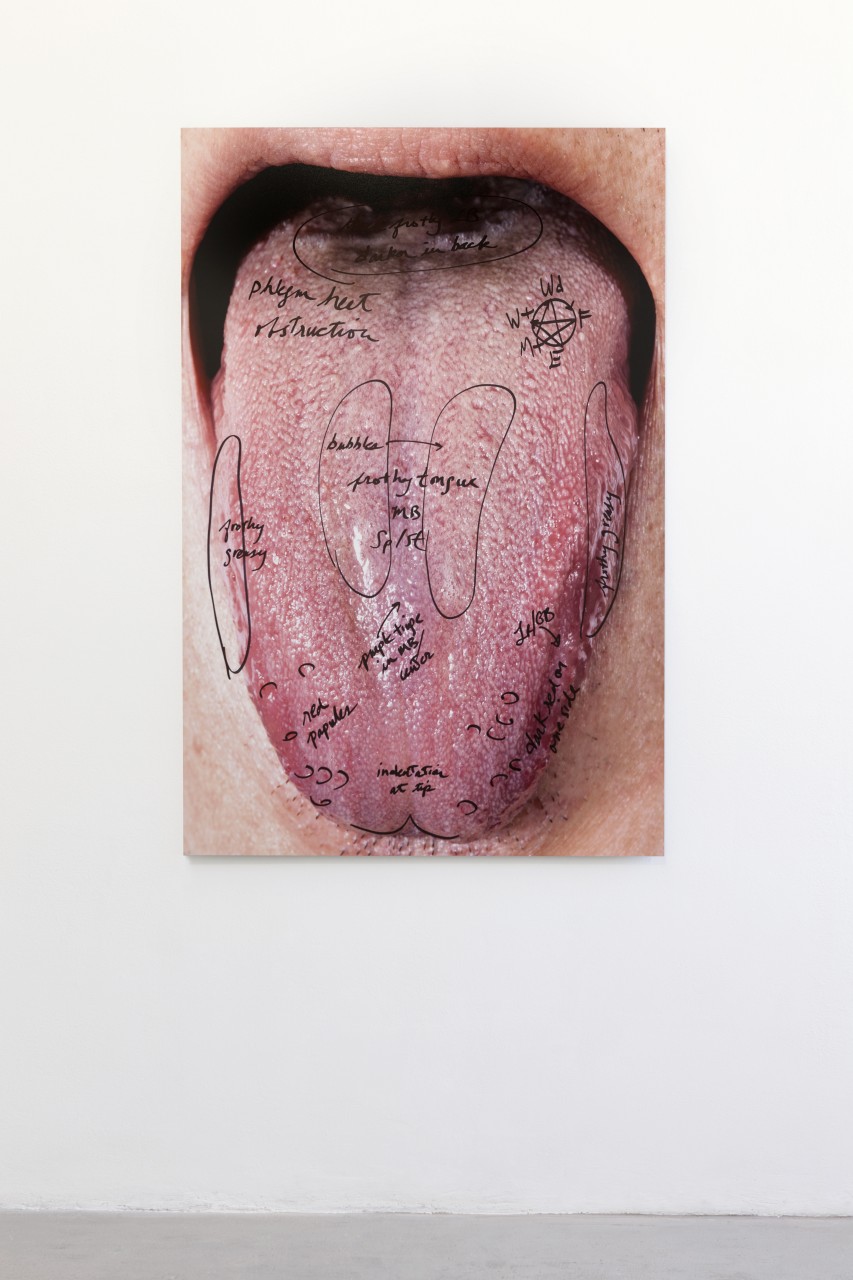 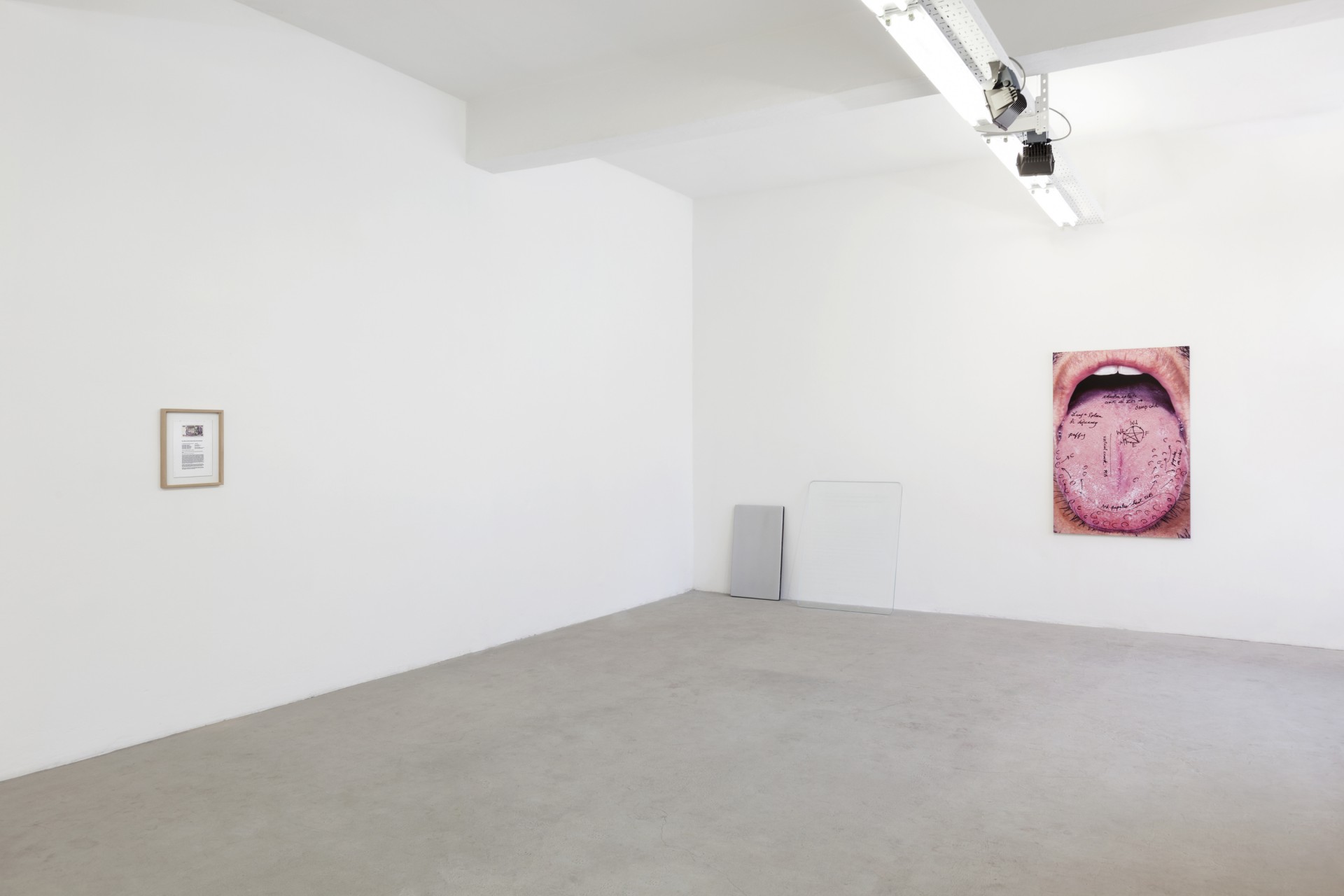 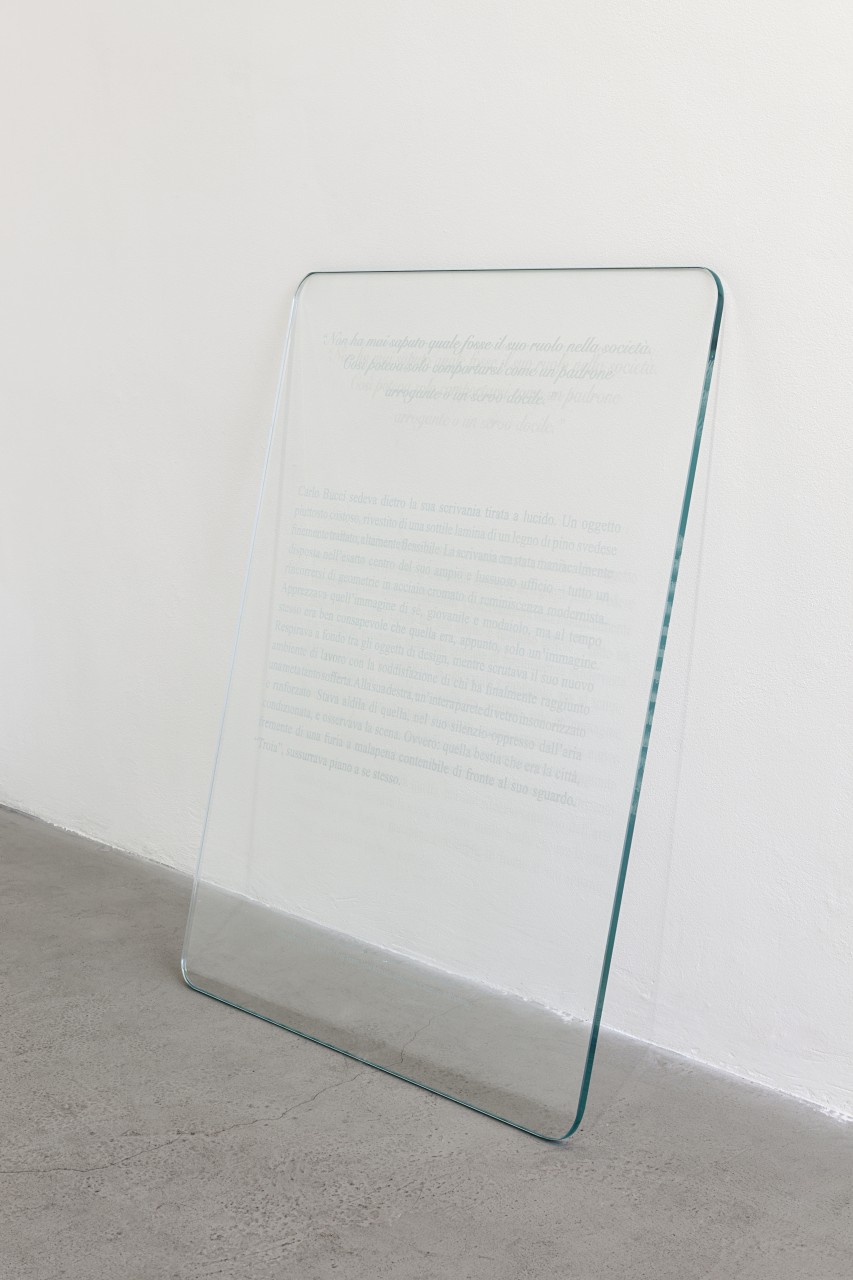 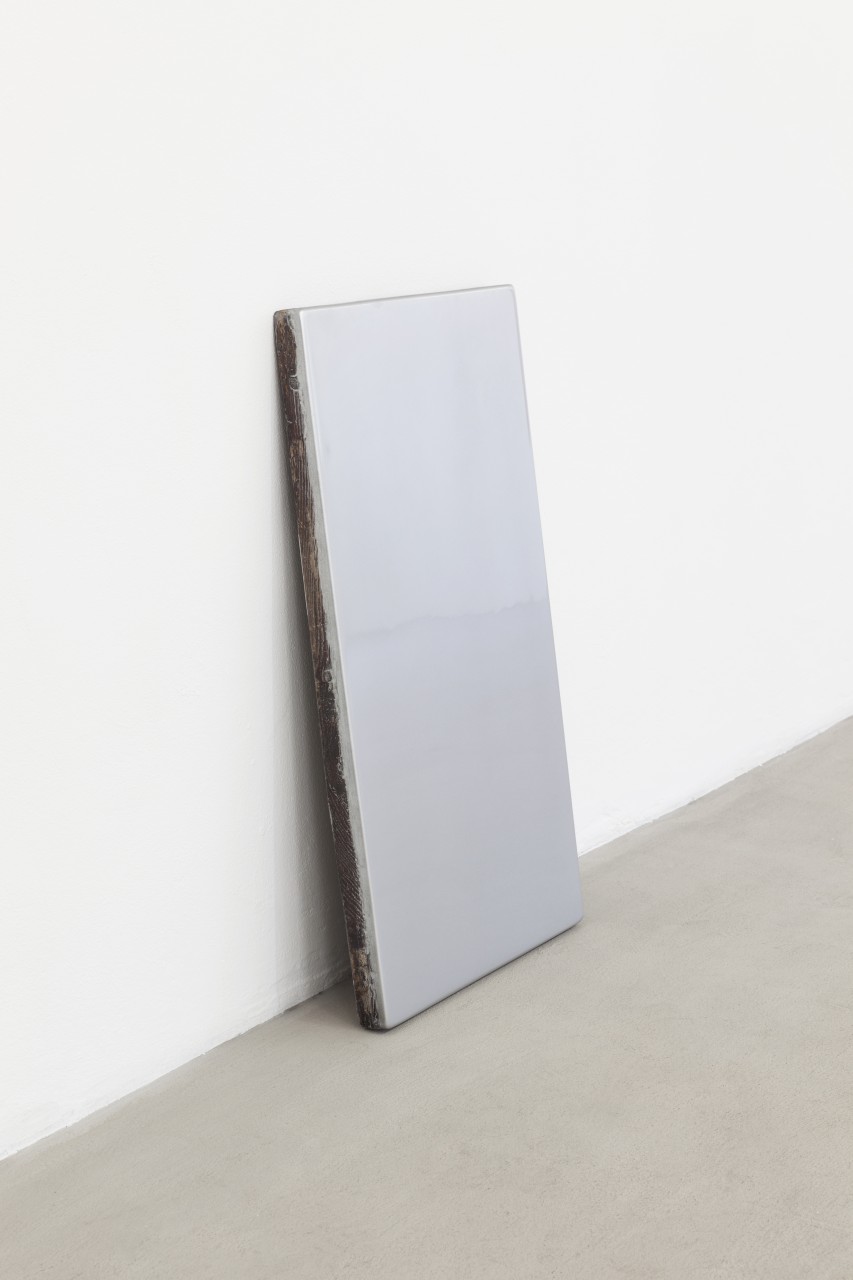 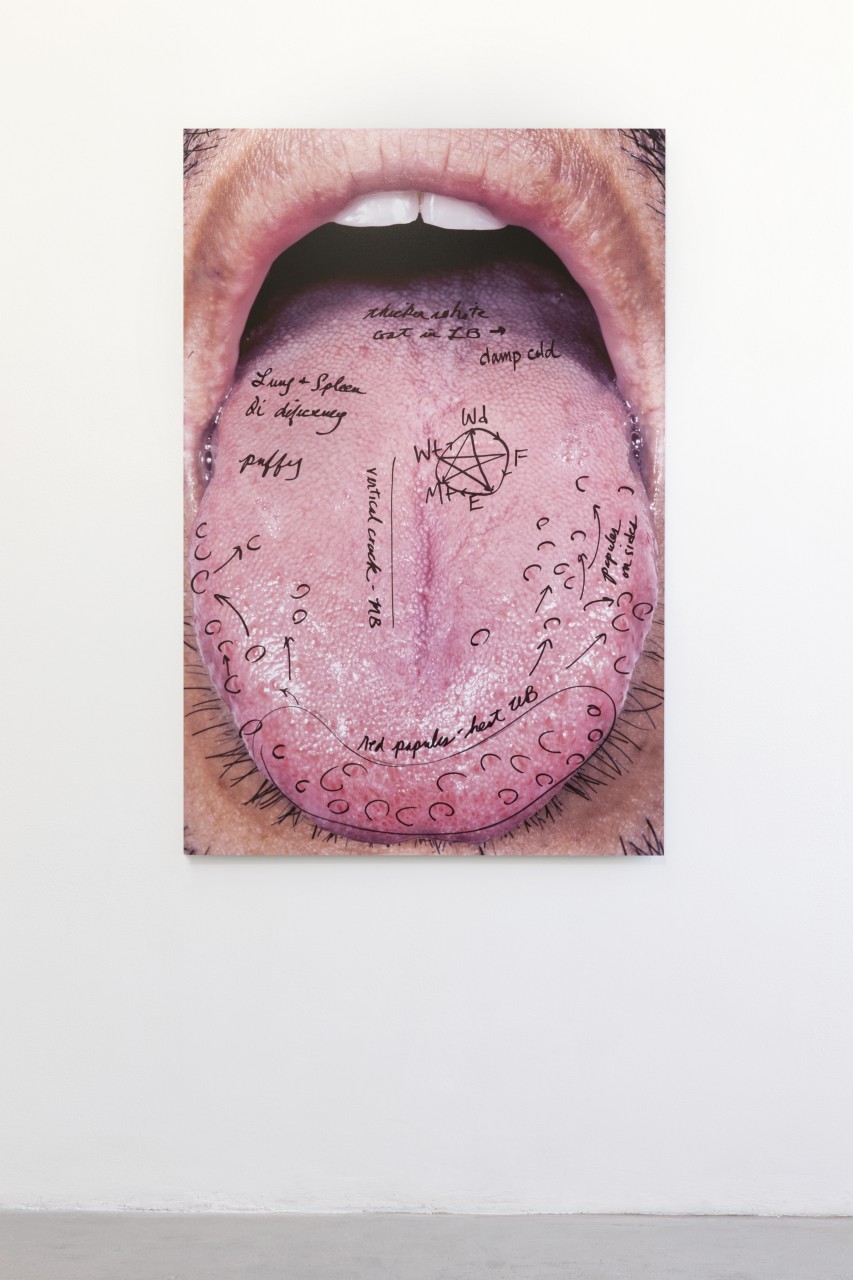 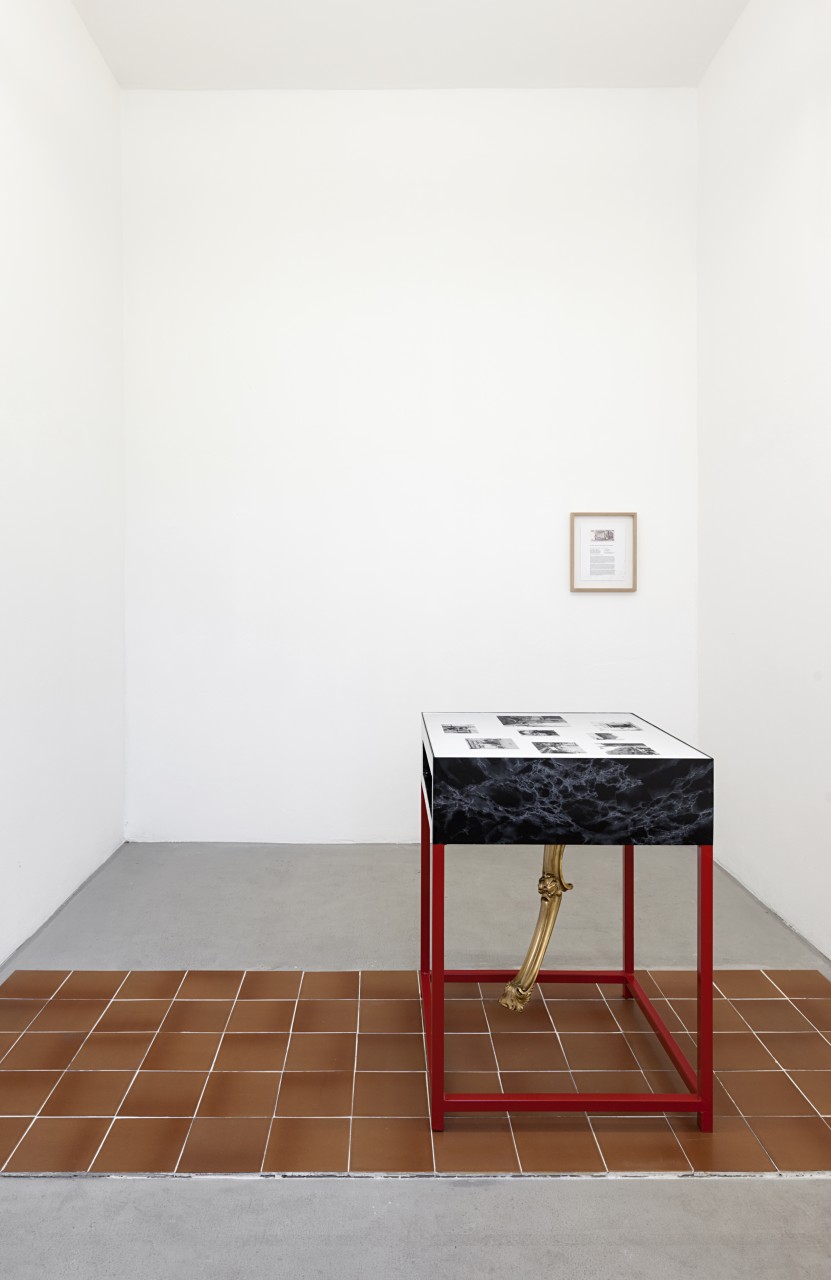 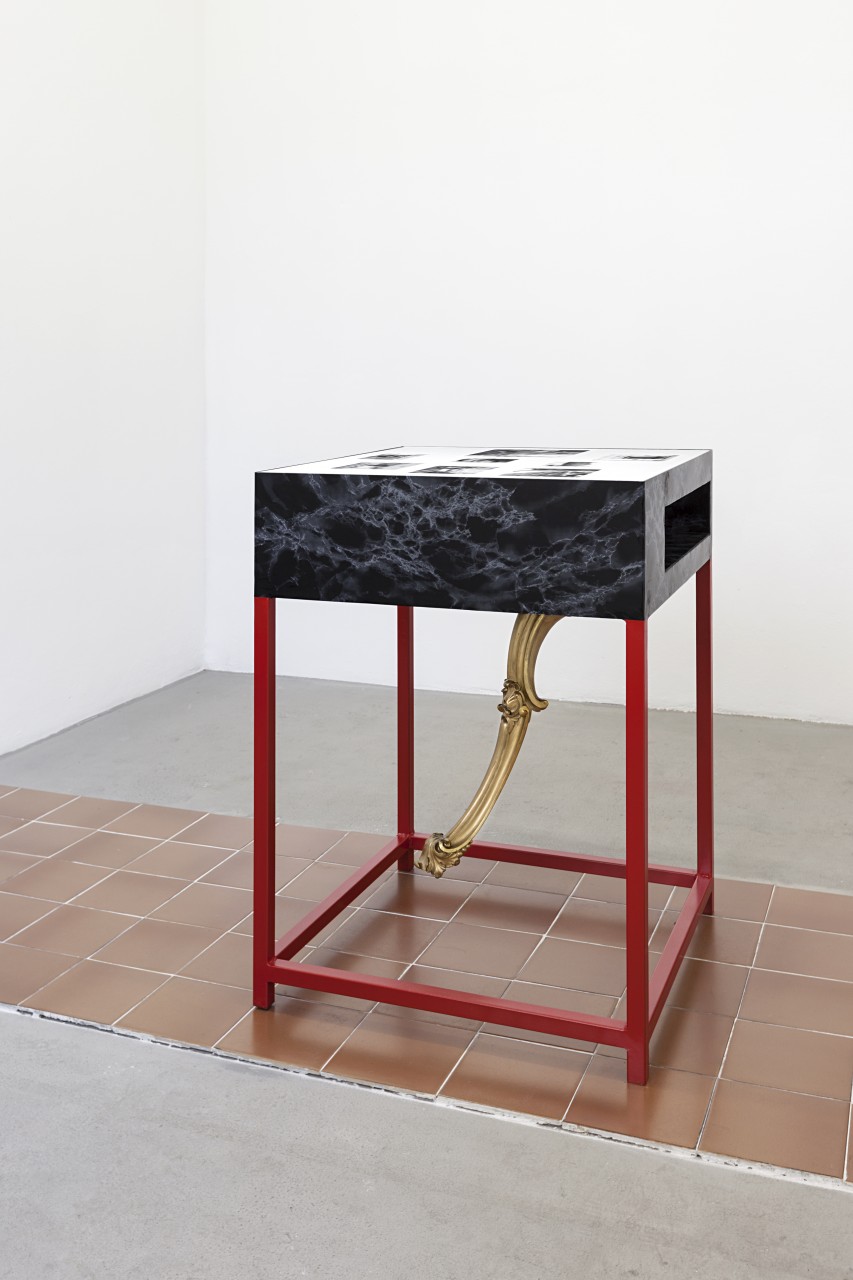