Due albe is a solo exhibition by Thiago Rocha Pitta, artist-in-residence for the second time in the spaces of Gluck50. The show consists of the works “Prima dell’alba” and “L’alba di un giorno dopo”, representations of a primordial, archaic time and an apocalyptic future.

“Before dawn there’s a moment when the light and shadow have not yet separated, a moment when it’s no longer night but not yet day, it’s a becoming”, says Rocha Pitta.

This concept drove the Brazilian artist during a trip in 2016 through Western Australia investigating stromatolites in the bay at Hamelin Pool: this is how the video “Prima dell’alba” was born. These bacterial colonies were the predominant form of life for two-and-a-half billion years, whose photosynthetic activity freed up the oxygen that went on to form the ozone layer, indispensable for the development of more complex life forms, including us: human beings. The artist captures the stromatolites before dawn, at the moment when the landscape, and with it the world, first appear.

The premise of the installation “L’alba di un giorno dopo” is a specular inversion of the first. For this project the artist appropriates a chemical phenomenon involving the interaction of Prussian blue pigment and limestone. The process has two stages: first, the blue quickly disappears, then it reappears in a new form and in a different color. A comparison between two different languages, painting and film, in which the artist manages to bring together the values of time, matter and space within a single body. 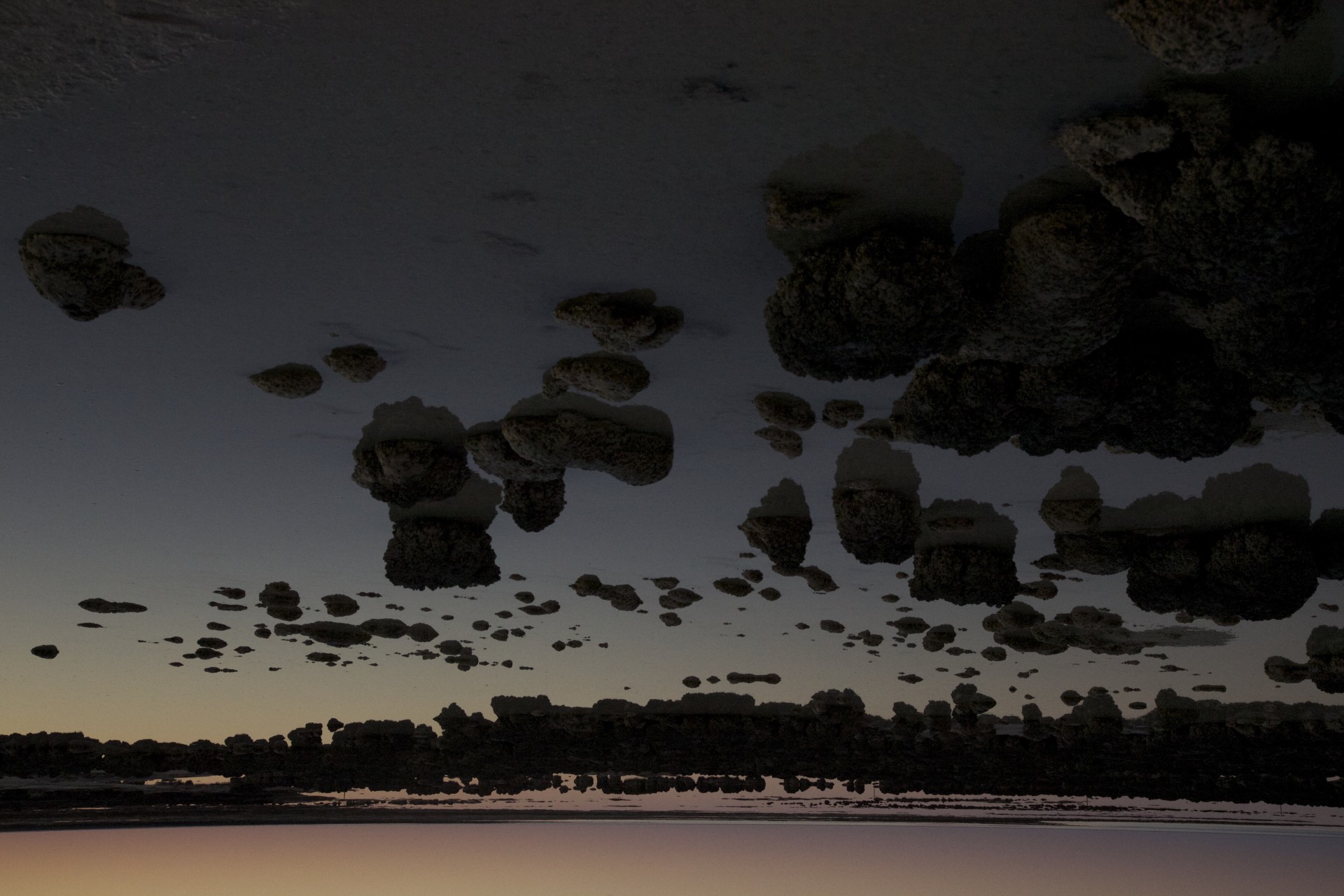 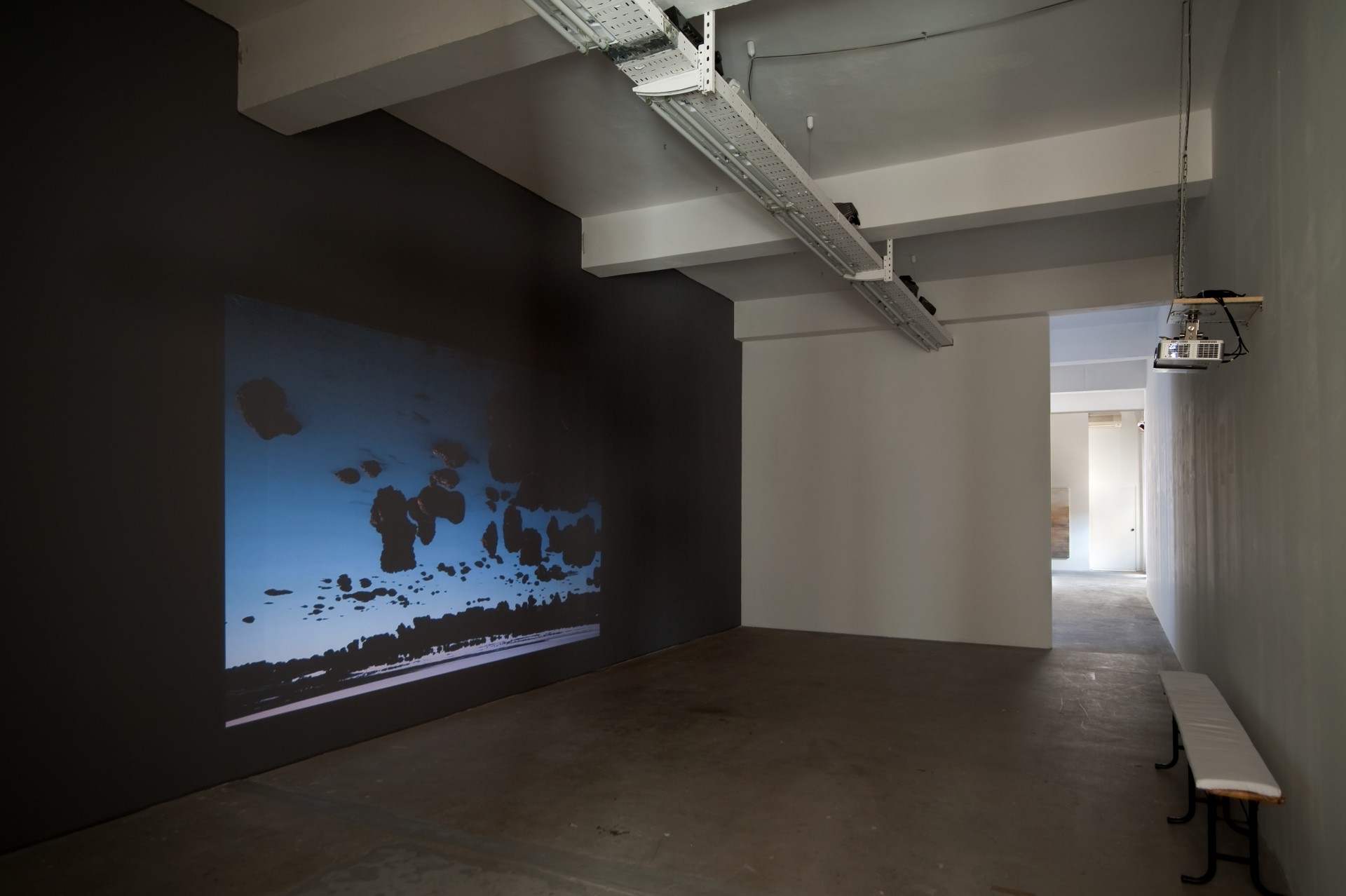 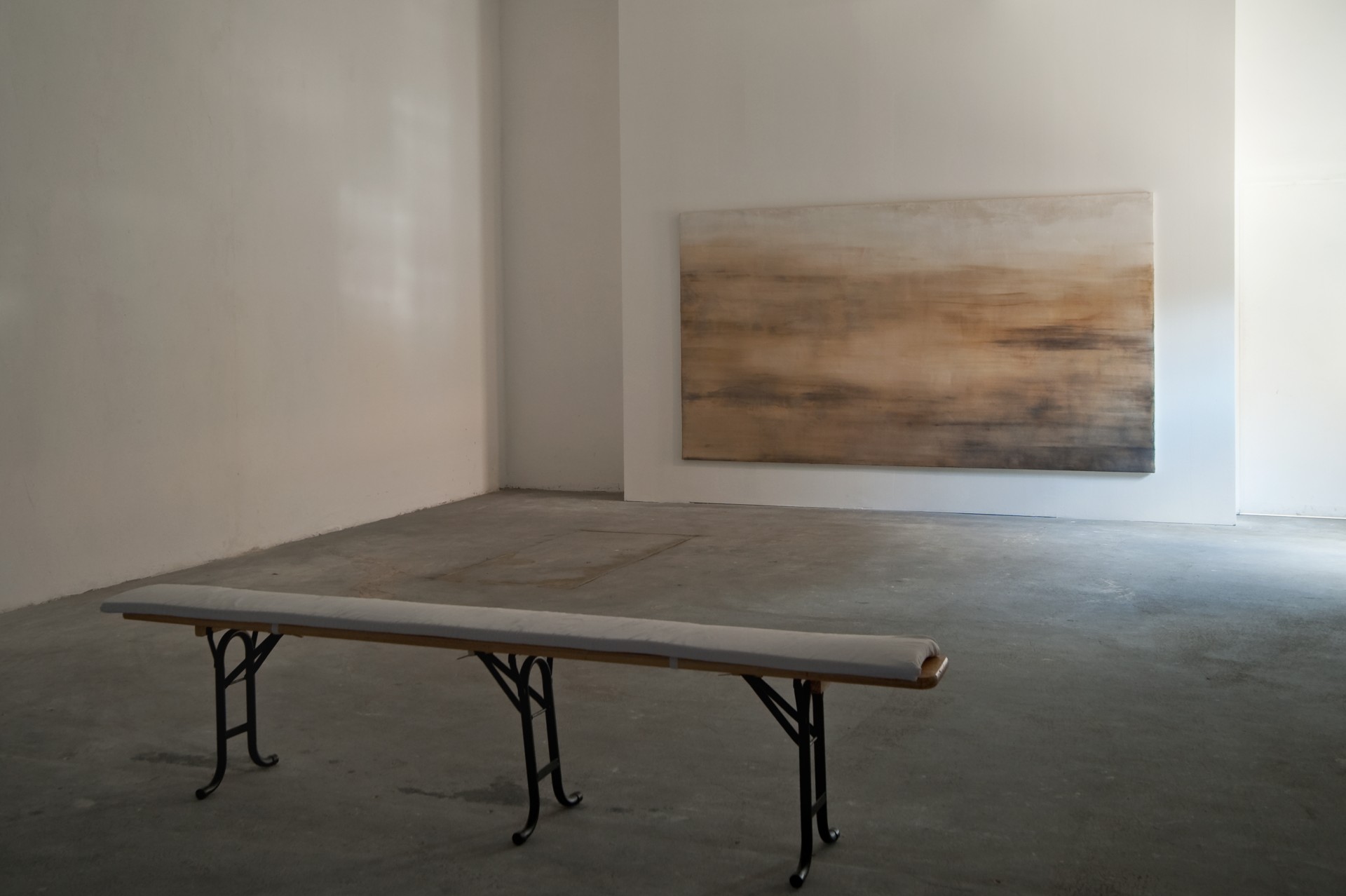 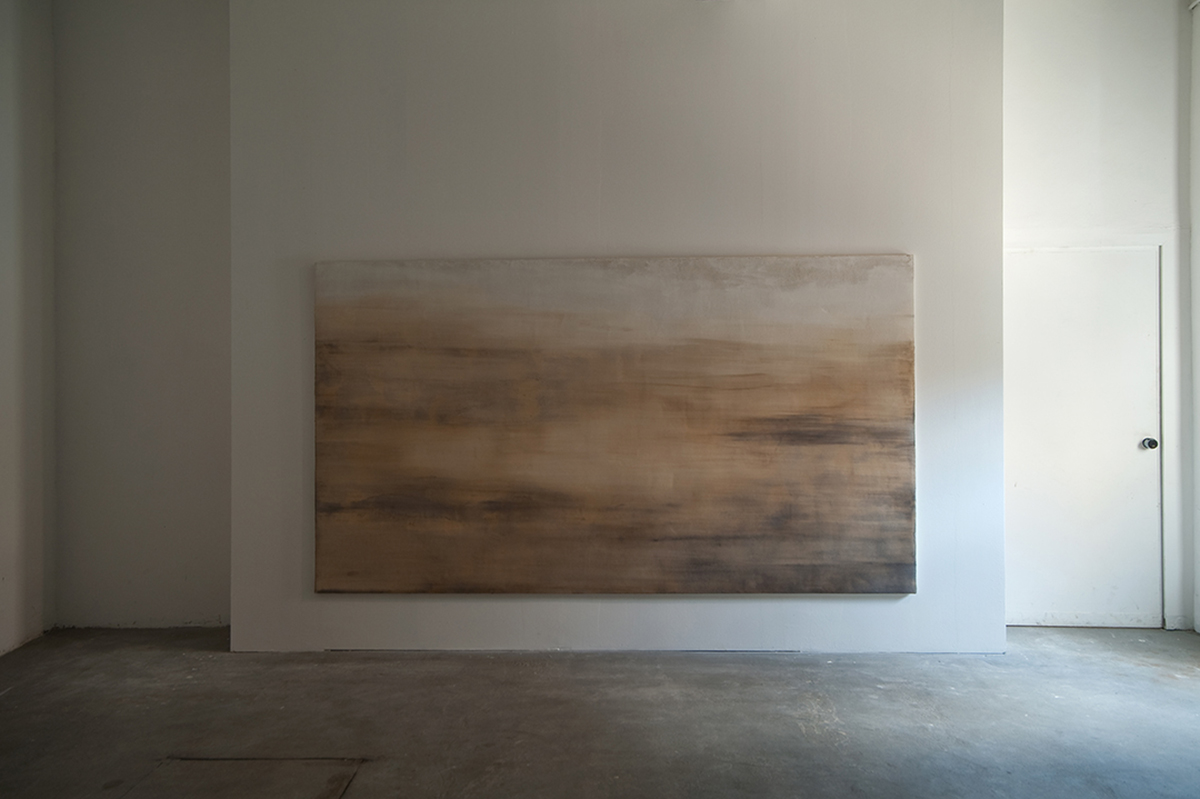 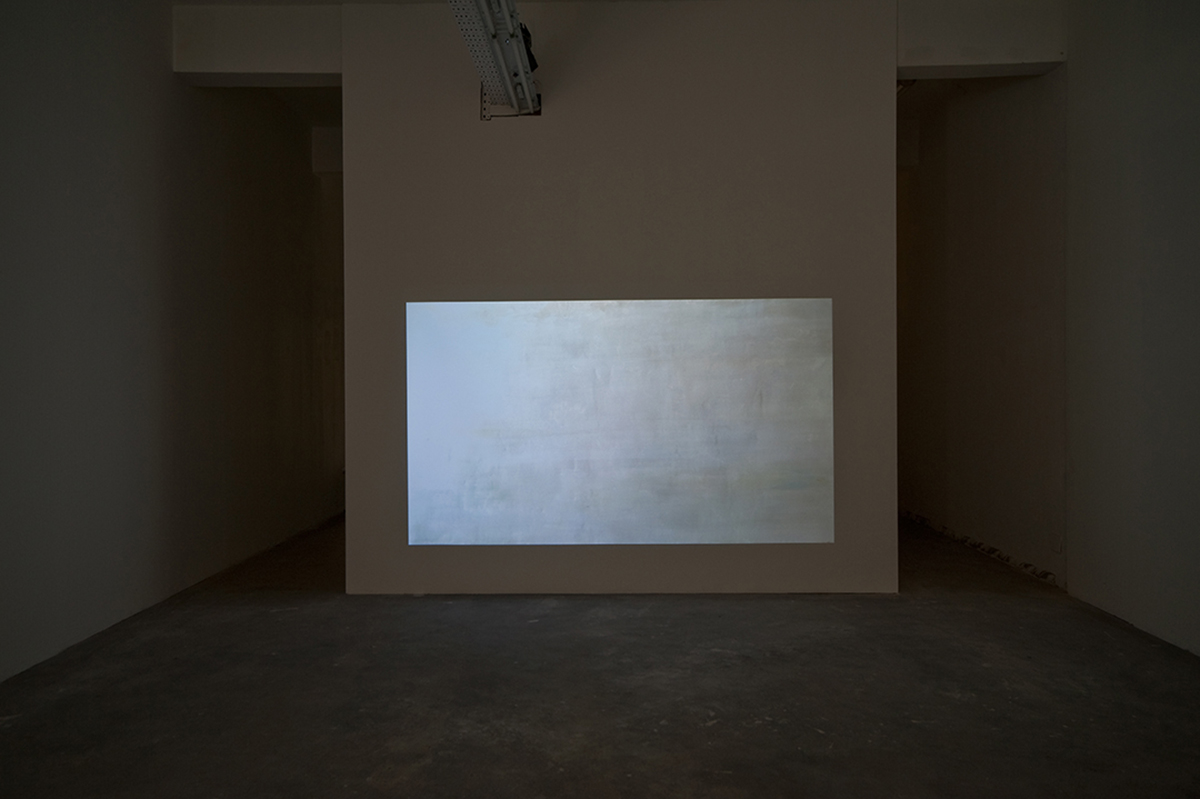